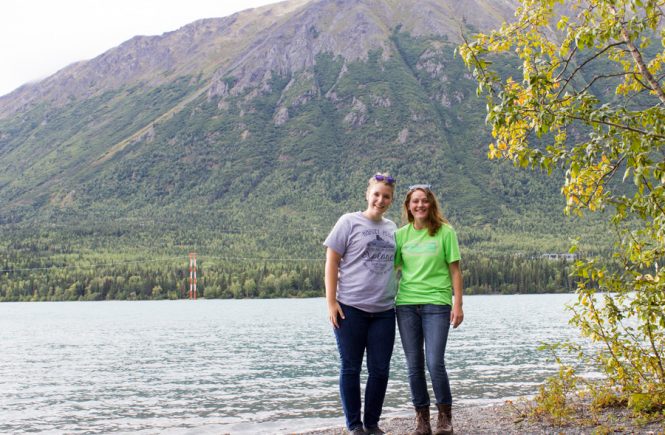 After a bit of a traveling hiatus, I figured it best to get back into the swing of things by making tracks to my first destination requiring plane travel. Leaving the “lower 48” behind, I was Alaska-bound!

Now I’m going to let you know right off the bat, Alaska is pretty much exactly what you think it to be—beautiful sights EVERYWHERE, wildlife abounding, lots of rain (August is the rainy season), endless outdoor adventures (it is ‘the last frontier’ after all), and way more than I could ever see in a short 11 days. Not a single one of my pictures will do it full justice.

Knowing that, Traci my best friend from back in our childhood Barbie-playing days, and I did our best to cross off the adventures highest on our priority list.

By the time I arrived, Traci was four weeks into her Pharmacy rotation in Anchorage with one week to go. On some of our first free afternoons, we made our way around the area, hitting up the beach for a stroll, downtown for a bit of shopping, the chocolate factory, the Ulu Factory (because everyone needs an ulu!) and many great local dining establishments, including the legendary Moose’s Tooth.

There’s nothing quite like hiking up a mountain to remind you how out of shape you are! Mount Rendezvous is a lesser known alternative (evident by the fact there was NOBODY else on the trail) to the well-known Flattop Mountain hike. Between the chilling rain, my lack of fitness, and Traci’s fear of heights, I was thankful there was no one to witness our lengthy ascent 😛

While we were lucky enough to glimpse 20,310′ Mount McKinley from the place we were staying one sunny afternoon, it never made another appearance during our stay. With this and our limited amount of time, we chose to cut our time north of Anchorage short. We took a day-trip to Talkeetna, which lies halfway between Anchorage and Denali National Park. If you are there on a lucky day, you’d be rewarded with lofty views of Denali and the surrounding Alaska Range. If you’re not—which was our case—you can still enjoy a day of browsing eclectic shops and sampling craft brews. Not to mention, the drive is pretty great!

The time had come to put some miles on. Our first stop was for a morning hike on The Trail of Blue Ice. It was a wonderfully flat path with views of icy blue glaciers along the way.

Our second stop was in Girdwood, a ski town south of Anchorage, for the Blueberry Festival. It was high time for harvest and we sampled just about everything we could afford. Eaten plain, these were some unexpectedly bitter berries.

Our drive continued southward toward Seward. Rainy as ever, we didn’t do too much venturing upon our arrival other than dodging between shops to avoid the rain, dining in an old bus, and listening to live music over craft brews. We called it a night in our first-ever hostel stay. That was interesting…

Since we postponed hiking Exit Glacier the day before, we were committed to an early morning hike, rain or shine. Naturally, it was raining. Although we were literally soaked to our bums, it was worth the hike for a close glacier encounter in the only area of Kenai Fjords National Park reachable by road.

Next up, we had booked a boat cruise of the waters around the national park. Upon check-in, we were warned of the storm currently plaguing the area and how it would affect our day with strong swells and rough conditions. We could switch tours if we wanted, to one that didn’t leave Resurrection Bay, but I was bound and determined to make it to a tidal glacier that day, which means we stuck with the plan. The tour started off great! We sighted many eagles, sea lions, otters, puffins, and even a whale!

THEN, it was time for the crossing to the next bay area. When the puke brigade quietly appeared in the cabin, we knew things were about to get interesting. Let’s just say we were in the minority of those who didn’t lose their stomach contents during the 40ish minute passage, despite the waters being less aggressive than the captain expected… The best part? The second we hit calmer waters, it was time for the all-you-could eat salmon and prime rib dinner! 😷

But in all seriousness, it also meant we had made it to the tidal glacier, and man is that one huge hunk of ice. Watching ice chunks crack and boom into the ocean was surreal.

I’m happy to report the journey back to land was less eventful as the storm had moved on…and 90% of the cabin was passed out from taking excessive amounts of Dramamine.

Upon landfall, it was time to make tracks to our next destination—the town of Homer. Our late night was followed by early morning Halibut fishing. Homer is known as the Halibut—a true delicacy of the water, and about 50% of our diet at this point in the trip—Capital. After a shaky day on the water the previous day, we opted for the half-day tour. It didn’t take long to reach our two fish limit, and we were excited to fly 17.5 pounds of meat back the next day.

After a successful day of fishing, we decided to enjoy some time on the boardwalk and beach before closing the night out at the legendary Salty Dawg Saloon, where the walls are $4 thick in $1 bills, a PBR will cost you $4.50, and you can share a bevvy with anyone from a Scottish dude to another South Dakotan!

At this point our Alaska adventure was coming to an end. Our final day found us heading back to Anchorage for one last quick hike to Thunderbird Falls, a show at the Bear Tooth Theaterpub (WHY doesn’t South Dakota have one of these… serious business idea for someone out there), and flying home… but not before we finally sighted my first moose with her young on the way out! Talk about the great finale to one helluva trip! 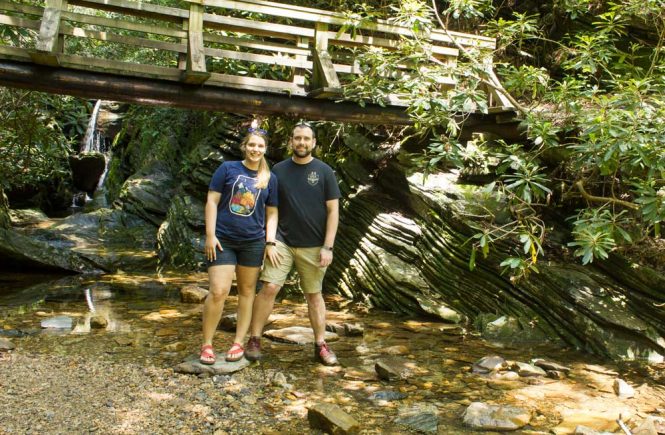 Hittin’ the Road with my Honey 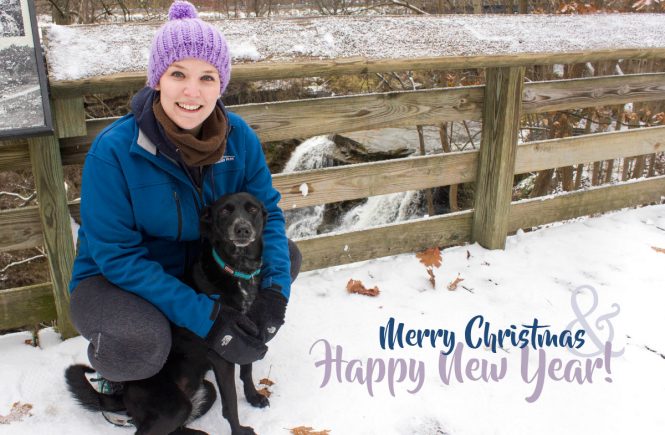 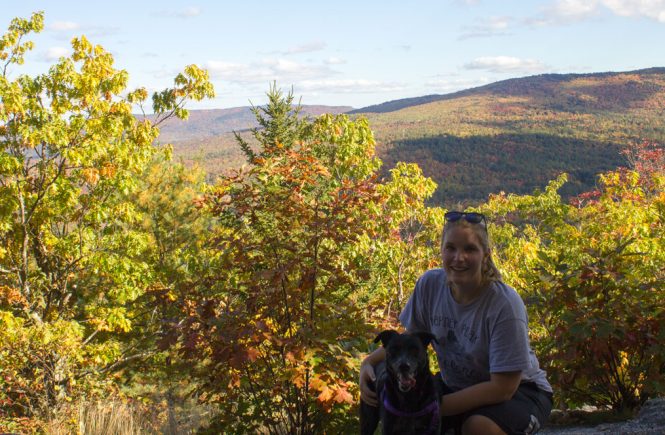 Traveling the United States with my pal Rascal, seeing new landscapes, experiencing new things, meeting new people, and learning a little along the way. Welcome to the journey!

Enter your email address to receive notifications of new posts by email.